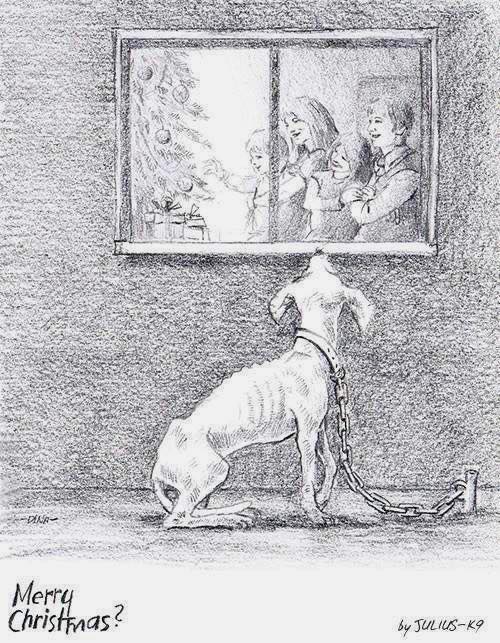 Before you read this, watch these videos all the way through on this link:

In a few weeks it’ll be 2019. We just recently landed a probe on Mars that is sending back images of the Red Planet. Humankind sounds pretty advanced, impressive. What I can’t help but think about when I see news stories of scientific discoveries is how backwards we’re going in something as basic as our pet ownership. We can put a probe on Mars, but then we have lost or ability to read a dog. How is it that it’s getting worse as the years move on?

When someone calls/emails/texts/private messages me about their dog, 9 times out of 10 they’re in a conundrum regarding behavior. They’re contacting a rescue about the dog, not a dog trainer (a real hands-on solution with proven results), so you can already feel the question that’s lingering in the air — “can you take my dog?”

People mentally trip over that question (they expect me to talk about what’s wrong with the dog). It takes a while to walk them through to the core reason. They start with, “I wanted to give a dog a good home.” That might be true, but that’s not really the in-depth answer.

Historically, dogs were bred for a specific purpose. My Grandfather used to raise English Setters 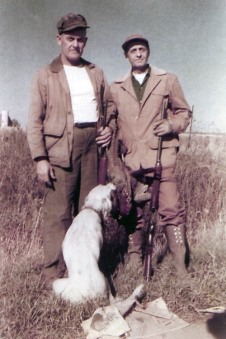 for hunting. That’s what dogs were for back in those days – whether it be hunting, herding, protection, flock guardians, clearing the property of destructive/disease-spreading vermin, they had a function; the dog filled in the gaps/completed tasks that were beyond the human’s limited ability. (Pictured is my Great-Grandfather, he’s the Elmer Fudd-looking guy on the Left. My Grandfather’s Setter, Lady, is down front. She single-handedly put a lot of food on their table.) People still use dogs for those purposes today, but that’s not who I’m talking about in this blog – because those dog owners are atypical. I’m talking about the common household American “pet” dog.

In today’s society, the God’s honest truth as to why most Americans get a dog is that dog owners want that unconditional, unquestioning, undying love and all-accepting devotion to the absolute bitter end regardless of how disgusting we are as a human race. We want something that’s addicted to us, seeking out that oxytocin high. It’s like living with that thinking, breathing, kissing, scientifically-proven “social media ‘like/thumbs up’ high” on 4 legs with plushy fur that’s so tangible that you can hug it.

You want something that listens better than your husband.

You want something that doesn’t nag you like your wife.

You want something that loves and needs you more than your kids do.

And you want to know another dirty human secret? We don’t want to earn that kind of relationship; we want instant glory. And, in return, we could not possibly care any less if our dog is happy, content, secure, healthy, stress-free, mentally sound based on its true needs (matched to its unique personality) vs what we think it needs. (Not to get political, but you wanna know why American kids are shooting up the schools? Same. Exact. Thing.)

As Americans we need to ask – what kind of torture are we putting our dogs through? What is the typical lifecycle that the average American dog endures? “Well, I can put up with a lot from a dog.” That kind of idea doesn’t make you a wonderful, patient, loving, ideal pet owner – what makes you wonderful is fixing what is bothering the dog in the first place and having the courage to really examine it. Let’s start with puppyhood. (I encourage you to click on each of the blue links so you fully understand each point.)

You get the puppy…

So the dog is an adult…

You get an adult shelter or rescue dog…

So why did you get a dog? Or, being that Christmas is right around the corner, why are you getting a Christmas puppy? Have you thought long and hard through the next 10-18 years of your life as to what kind of changes you might run into that could possibly end up causing behavior issues in the dog you’re getting or situations that might cause you to surrender your dog? Do you have a schedule/set up that works well for the dog? Have you picked out a trainer to help you along in your journey with your dog? (See our website for a list of trainers we suggest.)

Ask yourself honestly – Are you prepared to be your dog’s defender/caretaker through life? Are you going to be on the same team? Are you really going to listen/care about its emotional state? This is crucial. As Temple Grandin says in her book Animals in Translation, “The single worst thing you can do to an animal emotionally is to make it feel afraid. Fear is so bad for animals I think it’s worse than pain…You almost have to work with animals to see what a terrible emotion fear is for them. Even an animal who’s completely alone and giving full expression to severe pain acts less incapacitated than an animal who’s scared half out of his wits. Animals in terrible pain can still function; they can function so well they can act as if nothing in the world is wrong. An animal in a state of panic can’t function at all.” (pages 189-190) People go wild over alleged dog abuse or some training concepts (use of correction), but you never see them get as angry over someone keeping a dog locked in a state of fear from lack of socialization and training. Temple contributes our inability to grasp this to the different levels of frontal lobe functioning between dogs and humans. We have got to stop seeing what we want to see and start seeing the world through the dog’s eyes. We must work them through their issues and be on their side. Hire the qualified professionals to teach you how to help your dog through any fears it may have. (See our website for a list of trainers we suggest.) Otherwise – DON’T GET A DOG. The dogs in shelters are dumped by those who easily give up and the backyard breeders who willy nilly sell puppies to them (it’s not the high-end breeders doing this, check out this link here to see what a proper breeder requires you to do in order to get one of his pups.) Go watch that very first video again and ask yourself who failed those dogs?

If you’re on the fence about getting a dog, or if this blog has freaked you out (good, that’s exactly how you should approach dog ownership), have you considered maybe fostering a dog if you are currently in a situation where you don’t know which direction your life is going to go? You’d save a life and learn a lot about yourself, a win-win. Take a tough one, hire a trainer, learn from it. The difficult dogs make you good and teach you a lot, then get the dog of your dreams when you’re ready.

Getting a dog should not be an easy decision. It’s a lot like having children – both are fully dependent on you. That’s a lot of pressure to take on, make certain you’re ready for the challenge.

If you’re currently struggling with a dog (or dogs), please contact a qualified trainer in your area. (See our website for a list of trainers we suggest.) Many people have overcome the same situation you’re in, it just takes effort and dedication. Carve that time out of your day, take this moment in life to learn something brand-new. If the trainer says it’s you, believe them, don’t just brush that off – a chance to grow in character is an opportunity that needs to be welcomed with open arms. Later on you will look back and laugh about the silly stuff you used to do, I promise, I’ve bee there countless times myself.

One thought on “The Lifecycle of the Typical American “Pet” Dog”

Piece Of My Heart rescue was founded in 2010. This blog is based off of my many years of rescue work (starting with my volunteering for a Cincinnati-based no-kill shelter in 1998-99), learning from trainers, vets, and other high-end canine professionals. People always ask, “How do you do it?” I can’t sum it up in a sentence or paragraph, but this blog should pretty much cover most of it with each topic that is discussed.